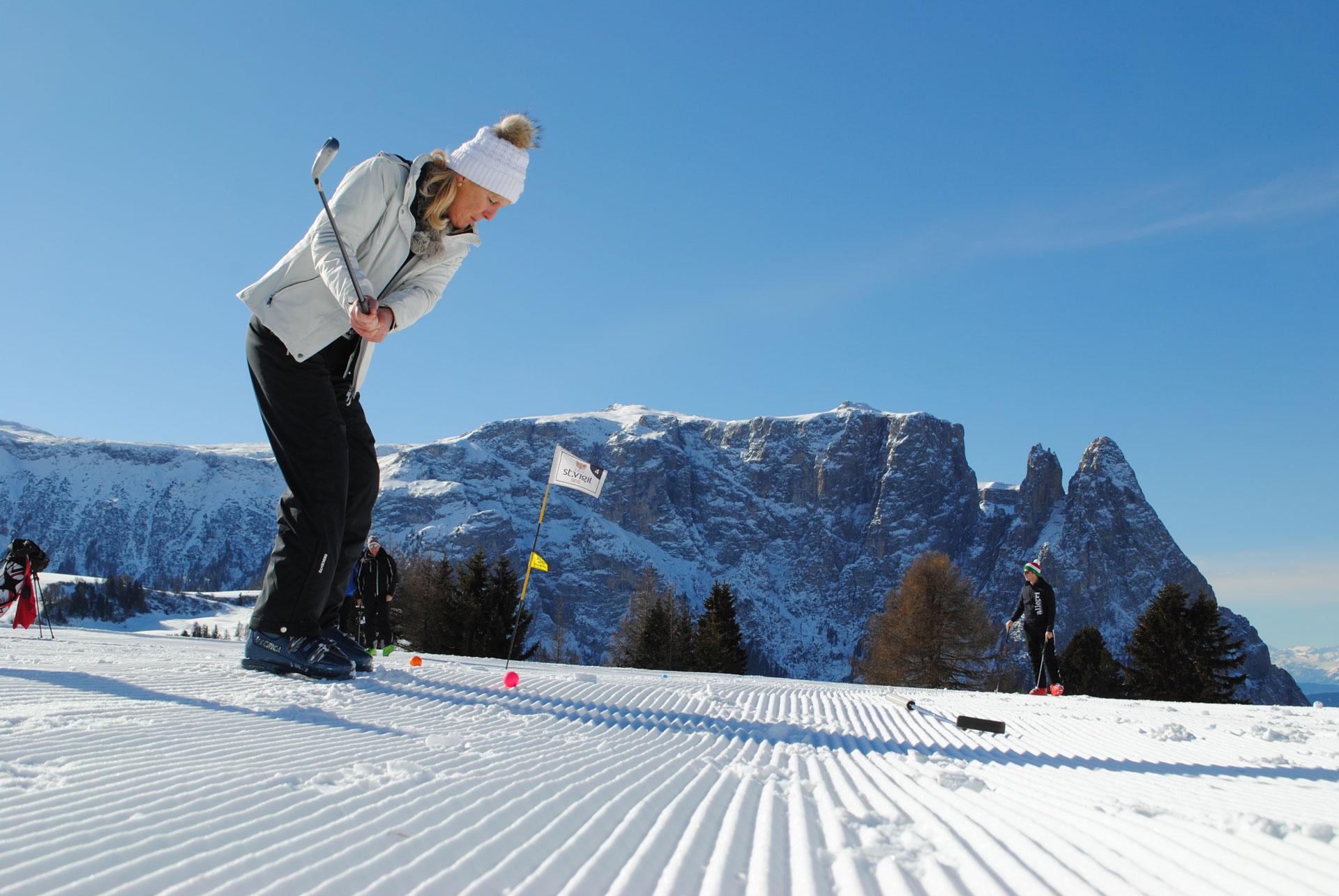 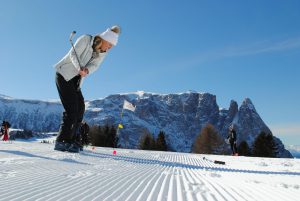 Finding the Best Winter Golf Events in the world to play can be a difficult exercise. Furthermore, as winter approaches in the Northern Hemisphere, many golfers put their golf bags and clubs away until spring.

However, there are many intrepid golfers around the world who find the winter months a challenge and like to participate in the snow and ice!

According to historians, there was a short game in Holland called “Kolf” which was played on frozen canals and ponds around the 17th century.

It is also rumoured that a form of snow golf was played in Scotland around the same time.

They both later settled in Brattleboro, Vermont, in America with Kipling’s very good friend Sir Arthur Conon Doyle joining them.

Kipling who lived a great deal of his life in India was not a great lover of the hot temperatures, however, he revelled in the cooler climate.

One cold winter’s day in a snow-covered paddock Kipling was seen to be hitting something with a white birch branch, this became a very familiar site for the local people around the area.

One day he came out dressed in black boots, knee-high socks, green knicker- like pants, a red plaid cap, carrying a bag with a few mixed clubs in it.

He then proceeded to make a small mound out of the snow and placed his red ball(he had painted)on the top of the mound and thus winter golf was invented (#Discuss). 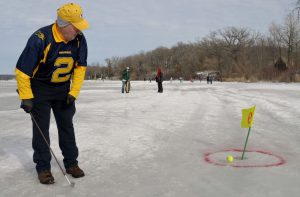 Not to be outdone, in March of 2010, the famous French Champagne House of Boerl & Kroff held the 1st Boerl & Kroff  Snow Golf Cup in Gstaad in Switzerland.

The Drambuie Ice Golf Championship was first held in Greenland in 1997 and was the brainchild of Mr Arnie Neiman, who asked Mr Rolf Henning-Jenson to design an 18 hole golf course.

So began a great golfing experience with golfers from all over the world coming to participate in this unique frozen golf tournament.

The Megeve BMW Winter Golf Cup was a crazy idea created by an avid and passionate golf enthusiast by the name of Philippe Guilhem in 2000.

This tournament has been now running for 18 years, set in the Mont D’Arbois Domain, which belongs to the Rothchild’s family.

However, something a little bit riskier and dangerous, there is also The Snow Golf Championship held on The Aletsch Glacier on the Jungfrau Mountain in the Swiss Alps.

You tee-off at an altitude of 3465 metres with many Swiss sporting personalities taking part in this truly unique tournament. 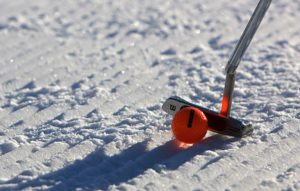 These are just some of the best winter golf events in the world I have found and there are many more Snow Golf Tournaments and Championships taking place.

In places like Argentina, Austria, Germany, Italy, Canada, America, Sweden, Finland as well as the UK.

A great many of these tournaments are arranged to raise funds for needy charities all around the world.

One of my favourite Tournaments was The 2010 Utukkuu Snow Golf Challenge which was held in Anchorage, Alaska, Canada.

The great sum of $36,500 was raised by the local people for the Aqqaluk Trust, which preserves the culture, language, and dignity of the local Inupiat people.

While there are so many more I could mention, I will finish with the Rockwell Police Department in Texas, who organises The Santa Snow Flight Golf.

Here, they fly in Santa to play golf in the snow!

All of the money that is raised by these great people is used to buy toys for the underprivileged children in the local area.

These, along with many related snow & ice golf stories, are just a small sample of work (and kindness) that is carried out by golfing fraternities all over the world.

But unfortunately, so often we never get to hear about their fantastic achievements and the people who run them.

I would like to wish all the staff & readers everywhere of The Social Golfer a VERY Merry Christmas and a wonderful and safe 2019.