The 2017 World Golf Awards will focus on the leading 130 nations who are shaping the future of this dynamic industry.

Now in its fourth year, World Golf Awards recognises and celebrates the crème de la crème in golf tourism, world-class courses and golf destinations from across the globe.

The awards, voted for by golfers worldwide, aim to raise the bar for golf experiences and sit as part of the World Travel Awards, which have been rewarding quality across the leisure and tourism sector for 24 years.

However, we can also proudly announce that for the first time, this year,  TheSocialGolfer.com will be an Official Media Partner for the awards! 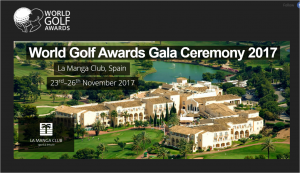 While celebrating and rewarding excellence across golf resorts, courses and the golfing destinations throughout the world, World Golf Awards strives to ultimately raise the golf tourist customer experience and stimulate both the domestic and international golf tourism market.

The voting will be made by professionals working within the golf travel and tourism industry – senior executives, travel buyers, tour operators, agents and media professionals.

Votes may also be cast by the public (golf tourism consumers).

The voting works on a first-past-the-post system to ensure impartiality and independence.

Votes are submitted online via the World Golf Awards website.

The winners of each national category will go head-to-head with the winners of the other countries before the unveiling of the World Winners.

Stakeholders from across the golf hospitality industry are being invited to cast their ballots as voting opens ahead of the World Golf Awards Gala Ceremony 2017.

World Golf Awards Managing Director, Christopher Frost, said: “Voting is now open ahead of the World Golf Awards 2017, as we begin preparations for the fourth annual event. With voting now open it is down to you, the voters, to decide who we will recognise with our prestigious trophies.”

Hundreds of thousands of ballots were cast ahead of the Gala Ceremony, which was hosted by the Conrad Algarve in Portugal.

A duo of unique awards were also presented at the event, with Richard Tessel, chief executive of easyGolf Worldwide Australia, taking the title of World Golf Awards Travel Personality of the Year 2016.

Event partner Quinta do Lago again offered World Golf Awards guests a chance to enjoy its three award-winning championship golf courses – the South Course, Laranjal and the North Course, which was co-designed by Beau Welling and European Ryder Cup-winning captain Paul McGinley. Each has been expertly designed to complement its natural surroundings while offering its own set of unique challenges.

Find a full list of winners can be found here

Finally, as an Official Media Partner of this event, The Social Golfer Team will keep you up to date with details of the awards and will announce the winners directly following the event. 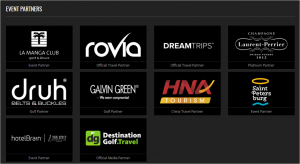