There is numerous ways to enjoy golf in 2015 and one of the most popular is to play golf through a society or a online golf club such as The Social Golfer.

The History of Society Golfing… 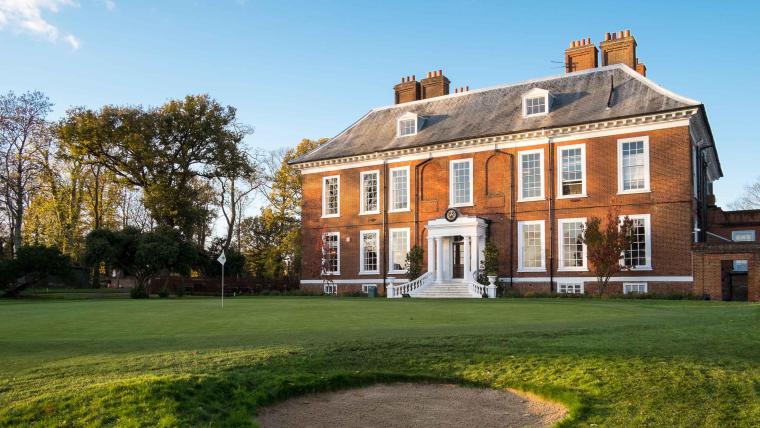 Society golfing first started back in the 16th & 17th centuries and were normally incorporated by a collection of keen golfers who didn’t necessarily have a golf club to play at.

This led to a number of those early societies arranging both the land and finance on which to build a course for themselves.

Many compete for the coveted title of THE oldest society in the UK, but whilst it will always remain in dispute, some would argue that Royal Blackheath Golf Club in South East London was certainly one of the first.

“Blackheath Golf Club is known wherever golf is played as having been instituted in 1608. Whilst we know that golf was being played on Blackheath prior to that time, by individuals with a uniquely common bond to all intents and purposes a ‘club’ – no documentary evidence of this inception date has yet been unearthed (and no explanation offered for the selection of 1608 rather than 1603) since the Club’s accounts prior to 1787, and the minutes prior to 1800, are missing.

The Club’s own artefacts evidence its existence as early as 1745, and the Edinburgh Almanac which has listed the dates of formation of the leading golfing societies since the early 1800s – records Blackheath as having been established “prior to 1745” from as long ago as 1830…..

….No less an authority than Bernard Darwin (grandson of Charles Darwin, golf correspondent of The Times for 46 years, past Captain of the Royal & Ancient and the most revered of all golf writers) began his introduction to a guide to the Club (published in the 1940s) with the following words: “The Royal Blackheath Golf Club, as all the world knows, is the oldest golf club in the world.” excerpt courtesy of the Royal Blackheath website.

Once the game grew, these groups, with there increasing numbers, became ever more ‘nomadic’ and started to use their critical mass to move from club to club, thus the modern ‘Golf Society’ was born.

Of course, no one can really be sure of who was first, but what we do know, is it caught on!

Today with people working longer hours than ever before and people living further spread out from family and friends, there is no denying that there has been a downturn in the no. of golfing societies in the UK.

In recent years, many golf clubs have had to work very hard to maintain the number of golf societies visiting their clubs and the numbers in those societies has reduced significantly too. Unofficially, most clubs now consider as little as eight golfers making a booking, a golfing society.

Why the decline in golf societies?

Well many self employed workers in the 70’s, 80’s and 90’s would happily take time off to gather on a weekday afternoon at the local club but this is no longer an option (unless retired).

In addition, many company Directors would happily have meetings ‘on the course’ but this is often no longer seen as acceptable way to do business by their co-workers.

Coupled with the fact that there has been an overall drop in club membership of golf since 2006, it’s a sign that golf needs to act and fast.

Many clubs for too long have got fat on the traditional 5 and 7 day membership model and clubs themselves can often be seen as unfriendly and unwelcoming places. Of course, all clubs deny this is the case but how often do they take the time to ask golfers why they don’t return.

However, all this opens the door wider for sites such as TSG to flourish!

What we are doing to improve Society golfing?

Firstly, because we do not own a course, we are in the unique position to be able to keep our membership fees to a minimum. Compare the TSG fee of £25 per year to that of a golf club, charging between £800 – £1200.

Secondly, we have worked very hard to create as welcoming and inclusive atmosphere on the site and the site function allows you to arrange games with other members in a very simple fashion…. unlike some clubs whereby you’d only get to know golfers by introduction or by signing up to the Captain’s medal day and hoping you get in a four-ball you like.

Of course, our model is not new, in some ways it is not dissimilar to those early society golfing models.

As we grow, we hope that we too can use our critical mass to source better deals for our members, whether when booking Green fees or when buying golf holidays.

How can I fulfill my society golfing needs with TSG?

Well, there are a numbers of ways.

You can either see us a one BIG golfing society, whereby you can join independent games posted by your fellow TSG members on the TSG games calendar OR you can start your own society….

We have a number of successful societies that have grown on TSG including South East Swing, The Epping Bandits and others that have regulars meets at a designated club.

Alternatively, we have TSGers who have brought their golf society to TSG and watched it grow. A great example of this is Roger Akerman’s Group – The Pine Tree Golf Society

Finally, there are plenty of charity golf days organised through the site including our very own TSG OPEN GOLF DAY Championship, which are normally free to join.

So, is Society Golfing dying?

We believe that over the next few years, sites like ours will lead the way in golf and golf clubs will be forced to improve their offering and service levels, in order to accommodate the nomadic golfer!