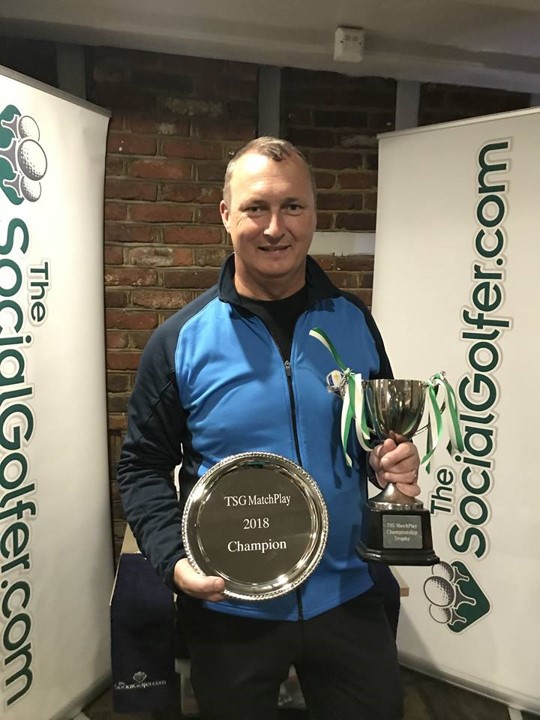 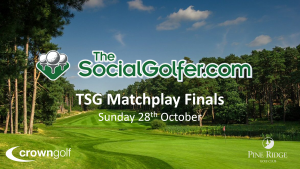 The TSG MatchPlay Championship ran similarly to an FA Cup style knockout with participants arranging each round of matches at a course of their choice.

With clubs in the Crown Golf offering preferential green fees at its venues including Hampton Court GC, Chesfield Downs GC, throughout the summer for TSG members.

The finalists Dave Short (Essex) and Ollie McCormack (London) both worked their way through a field of 64 to secure their place at Pine Ridge, having played six matches across the year. 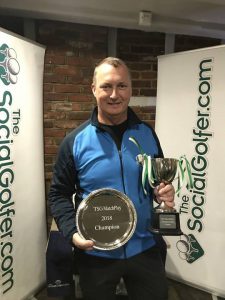 The final began with Short (11 Handicap) going 3up after three holes, meaning veteran TSG match-player McCormack (10 Handicap) had a mountain to climb to get the game back.

After a valiant effort, McCormack pegged two holes back only to lose them again by the turn.

However, with gritty determination, McCormack clawed his way back to all square on the 18th green with his final putt forcing a sudden death play-off…

The pair then played the first hole again, twice, before Short holed out for a Par to clinch victory!

Mentally exhausted from the battle, Short, commenting on his win said “Many thanks to The Social Golfer for all the time and energy they put into organising this golf event.”

“The online platform is a fantastic concept and I have met so many golfers and played so many courses, that I would otherwise have never visited.”

He went on to say…

“This is such an honour. Well done to the Pine Ridge staff and greenkeepers for making it such a great day. And of course, commiserations to Ollie, who really pushed me all the way. I am over the moon!”

For more information contact us at theteam@thesocialgolfer.com OR call 01277 200 207