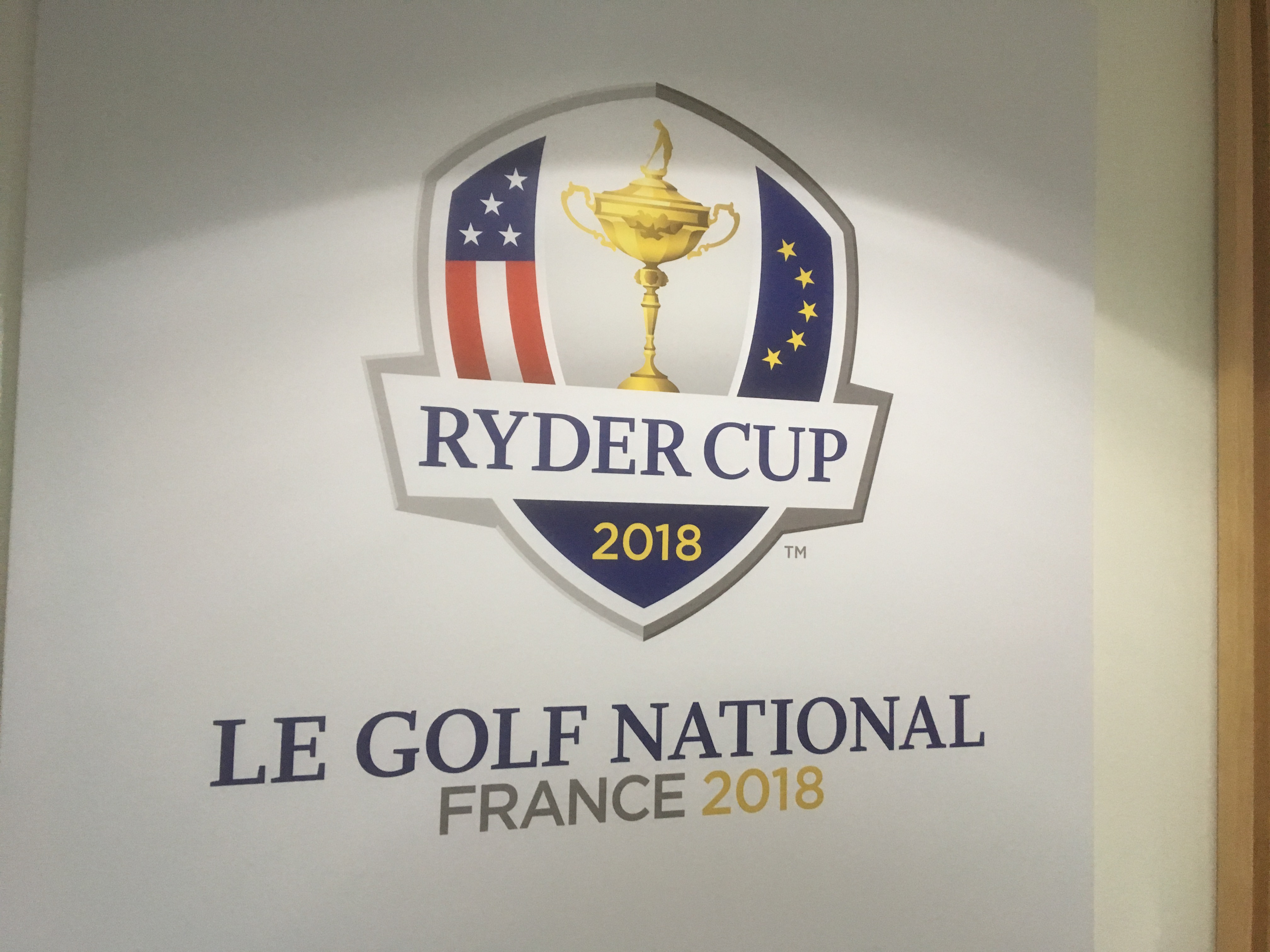 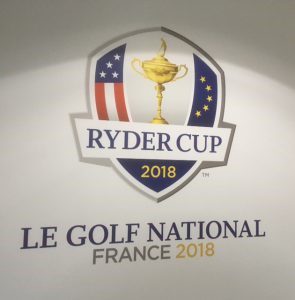 So, with less than a month to go to the biggest spectacle in the golfing calendar commences and we now know who is playing in this year’s Ryder Cup 2018 Teams (well all but one wildcard pick from USA team).

Here we take a look at the history of the competition and some other interesting facts to wow your friends with.

Ever wondered how and where The Ryder Cup came to into being? Read on…

The Ryder Cup – The History…

The home of the Ryder Cup is none other than Verulam Golf Club in St Albans, Hertfordshire where Samuel Ryder played…

It’s a little-known fact but the official home of the Ryder Cup is not St Andrews, The Belfry or any other well-known clubs in

the UK. But it is at the club where Samuel Ryder was a member along with his coach Abe Micthell.

Although 2018 will see the first time ‘The Ryder Cup’ has been contested on mainland Europe the origins of the tournament can be traced back to a meeting in 1921 – six years before the famous trophy was first contested.

On September 27th 1920, Golf Illustrated wrote a letter to the PGA of America suggesting that a team of US professionals should take part in the British Open with a 12-a-side international warm-up match to be played at Gleneagles.

The USA lost that weekend, but when it really counted a little over six years later in Worcester, Massachusetts, it was a runaway victory for the Stars and Stripes who secured a 9 ½ – 2 ½, victory.

However, it was as captain in 1927 that Ryder presented ‘a cup’ to promote matches between the USA and Great Britain.

It is, of course, a matter of history that the cup was named after this great man.

The home team won the first five contests, but with the competition’s resumption after the Second World War, repeated American dominance eventually led to a decision to extend the representation of “Great Britain and Ireland” to include continental Europe from 1979.

The event is jointly administered by the PGA of America and Ryder Cup Europe, the latter a joint venture of the PGA European Tour, the PGA of Great Britain and Ireland, and the PGA of Europe. 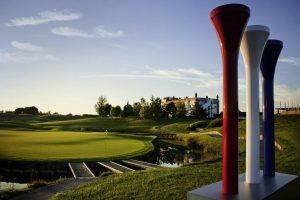 Although only built in 1990, Le Golf National is a much more established than its age suggests…

Designed by architects Hubert Chesneau and Robert Von Hagge. It’s located in Saint-Quentin-en-Yvelines, southwest of central Paris, just 10k from the world-renowned Palace of Versailles, and only 4 hours’ drive from Calais.

However, Le Golf National differs from any other Ryder Cup venue in that it is a Public course.

This means that there is no ‘club’ as such, and no ‘members’, only Pay & Players.

The course is also unique in the sense that it is owned by the French Golf Federation (FFG). In September 1985 the President – Claude Roger Cartier – with his committee approved the creation and development of a “National Golf” venue and it was quickly completed and opened by the French Minister for Sports by R. Bambuck in October 1990.

The management team is small but effective and is headed up by Englishman Paul Armitage (who has been at the club since 2014).

Paul, who along with his very dedicated team has – over the last four years – This means it now rates among the best in the world.

The grounds, which cover 139 hectares, were originally flat and bare having been used as agricultural land since Louis XIV and the Château de Versailles when it was one of the areas where wheat was farmed.

Constructed to give a ‘stadium like’ feel to events and in time for the 1991 Open de France, L’Albatros course has been their near-permanent home for the past 25 years.

The venue has recently undergone a €7 million renovation programme to transform this national golf centre.

The course is consistently ranked in the World’s Top 100 Courses and Europe’s Top 10 by Golf World (UK) magazine. 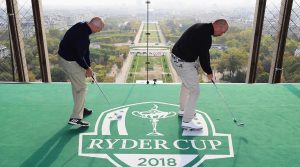 The Ryder Cup is a biennial men’s golf competition between teams from Europe and the United States.

The competition is contested every two years with the venue alternating between courses in the United States and Europe.

The Ryder Cup is named after the English businessman Samuel Ryder who donated the trophy – see above.

The inclusion of continental European golfers was partly prompted by the success of a new generation of Spanish golfers, led by Seve Ballesteros and Antonio Garrido.

USA – James Michael Furyk (born May 12, 1970). Furyk was born in West Chester, Pennsylvania. His ancestry is Czech and Polish on his mother’s side and Ukrainian and Hungarian on his father’s side.

His father, Mike, was an assistant pro at Edgmont Country Club.

His early years were spent in the Pittsburgh suburbs learning the game from his father, who was also head pro at Uniontown Country Club. In 2010, he was the Fed-Ex Champion and PGA Tour Player of The Year.

He has won one Major – the US Open in 2003. Furyk also holds the record for the lowest score in PGA Tour history with a 58 which he shot during the final round of the 2016 Traveler Championship.

He is the most successful Danish golfer to have played the game having won fifteen tournaments worldwide on the European Tour.

Bjørn is most remembered for his collapse at The Open at Royal St. George’s in 2003 when he led by two strokes with three holes to play but took three attempts to get out of a greenside bunker on the par three 16th, handing the tournament to Ben Curtis.

In 1997 he also became the first Dane to qualify for a European Ryder Cup team.

The Ryder Cup is a match play event, with each match worth one point. The competition format is as follows:

On the first two days, there are 4 foursome matches and 4 fourball matches with the home captain choosing which are played in the morning and which in the afternoon. 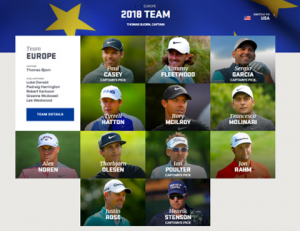 Anticipation has never been higher, The Ryder Cup, the most prestigious and distinguished tournament in golf, is now just a few short weeks away and this year’s event couldn’t be more hotly contested.

Europe’s dominance over the last few decades was diminished at Hazeltine, but the return of Ian Poulter who, renowned for his passion and spectacular under-pressure performances, could give the European’s the edge. 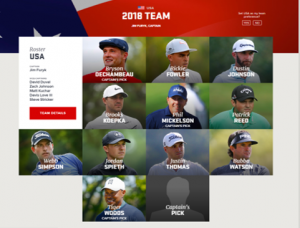 Although some may argue that the inclusion of Tiger Woods in this year’s team could inspire them to back to back victories.

2016 has a lot to live up to, but you can guarantee that whatever happens a new chapter in the Cup’s glittering history will be written.

Oh, and if having a flutter is your thing, why not head over to The Ryder Cup betting guide at 888, where you can select your prefer odds of each match from the comfort of your armchair.

As with previous year’s the Ryder Cup 2018 will be broadcast on Sky Sports HD with coverage starting as early Monday the 25th.

In addition, the event will be covered by BBC Radio 5 live and of course, you can also follow the event via social media feeds such as Team Europe on Facebook…

We just can wait now!