Home Clubs/Courses Mongolian Golf (you couldn’t make it up!)… 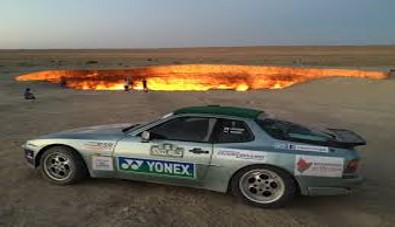 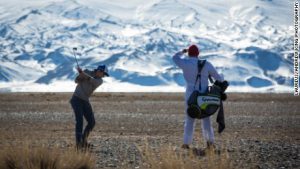 This story is not only about our great game of golf and golf courses around the world and more specifically, Mongolian Golf!

However, it’s also about the two young men, Anthony Millet (English) and Patrick Colquhoun (Scottish) who both wanted to do something different.

As such, they set about trying to help others less fortunate and make a difference to lives on the other side of the world…

Mongolian Golf – You want to do what?

Anthony & Patrick decided to form a team and enter the 2015 Mongol Rally.

The Rally starts in London and ends in Mongolia, and covering over 11,000 miles over mountains, desserts, & the Steppes of Europe & Asia.

They proceeded to ensure that the car would meet the rigorous obstacles and very rough terrain, not to mention the difficulties they would have to overcome through the numerous border crossings.

Note: There is no backup system if you happen to break down you have to use your own initiative to rectify any problems that occur.

The whole idea of entering the rally was to raise money for their chosen charity which was The St Georges School in Ethiopia.

This had a huge impact on changing the lives of the local children at St Georges School for the better.

Anthony & Patrick had decided before they left that they would both have a bit of fun on the way by playing a round of golf in every one of the 17 countries on their route. 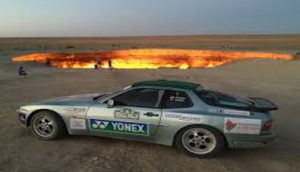 However, after arriving in Turkmenistan and already knowing that there was no golf course there, the two men set about finding a good location to build a 9 hole course.

They found a very suitable spot called Derweze, which is also home to the infamous “Door to Hell” Gas crater and it is about 69 metres in diameter and 30 metres deep and it has been burning for over 40 years.

This live gas crater came about in 1971 when this natural gas field collapsed into a very large cavern which was venting a large amount of gas, the geologists decided to set the gas alight to try and stop the spread of the methane gas, and they thought that it would burn out in a couple of weeks.

However, it has been burning ever since and the locals gave it the name “Doors to Hell”.

Anthony & Patrick set about building their 9 hole golf course, making sure that four of the holes skirted near the dangerous gas crater.

The ground as you could imagine was very hard & rough and eventually after making their “Brown” greens and the holes they put in the flags that they had brought from home.

They used the roof of their car which was named “Shirley” to tee-off, four of the holes had to clear the gas-crater and they never tried to retrieve their lost balls which might have been “Hot Dots” and if there weren’t, they certainly are now.

Anthony and Patrick have left their hand-built 9-hole golf course intact so that any of the many visitors to the location can play a round of golf in what must be an amazing & unique experience.

Shortly after their game of golf their car (called “Shirley”) caught fire and was totally destroyed. 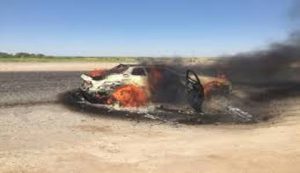 They both lost a lot of their personal equipment and belongings including their beloved golf clubs, it was a sad effort to their epic adventure as they could not continue to the finish.

However, to their credit, the two men raised over £26k pounds for their chosen charity.  “Well Done Lads!”

Ok, so it’s not really an article on Mongolian Golf but I would like to take the time to thank both Anthony & Patrick for their help and co-operation in helping me to write about this unique golfing experience.

Anthony designed their own golf club scorecards and he was kind enough to send me one of them which has taken a special place in my collection.

As a footnote, Anthony and his wife have now moved to Australia and live in Sydney.