Golf Societies in Essex are extremely popular and there are a variety of courses in Essex to choose from to organise your golf Society or Charity fund-raising day, including private members clubs, proprietary clubs, and ‘Pay and Play’ clubs.

Essex is an excellent county for both the above golf day option but also for any corporate day, as the transport links make getting there simple.

It is an easy journey for a London golfer to make and is an ideal location for a corporate golf day out. The M25 and M11 motorways provide easy access, as do the two mainline rail networks from Liverpool Street and Fenchurch Street.

There are more than 70 golf clubs in Essex and whilst the last few years have seen a number of closures, it is still one of the biggest golfing counties in the UK.

Whilst most of the county is based on clay, there are some courses that have good drainage and some with some exceptional views.

Some of the better-known clubs for golf societies in Essex to consider include:

Thorndon Park Golf Club’s course was created in 1920 on a deer park dating back to the 1580s. The deer park, already rich with oaks from the 16th century – some of which survive to this day – was enhanced with oaks and chestnuts planted in the 1730s by the eighth Lord Petre, a noted botanist.

The Hall in the image above, was designed by James Paine and completed in 1770.

It was here that George III was entertained in 1778 and later, Lancelot “Capability” Brown laid out a park that was the finest in the county.

Ravaged by fire in 1878, Thorndon Hall was offered a new lease of life in 1919 when a group of businessmen saw the grounds as the perfect place for a golf course and for developing a residential estate, similar to the one planned for St George’s Hill at Weybridge.

St George’s Hill had chosen Harry Colt as its architect – and he was selected to design Thorndon Park golf course.

With the onset of the Second World War and the subsequent constraints of the Green Belt laws, the plans for an estate never materialised. But the course did. It was opened on 1st July 1920 and it has thrived ever since.

Over a period of time, the Club bought the 240 acres the course occupied and, in 1968, Thorndon Hall.

With the building of a new clubhouse in 1974, the Hall was sold the next year to a building company, which restored the facade of the Palladian mansion to its former glory and turned the building into apartments with views over the course.

The 18 hole course at Abridge was first designed in 1962 by renowned maestro of English Golf, Henry Cotton, whose outstanding feature was that both loops of nine holes started and finished at the clubhouse.

Since then, and as the course matured, a number of strategic changes and improvements have been made, making it one of the finest courses in the county.

The superb 18 hole, par 72 Championship Golf course, totalling 6704 yards, is set in 240 acres of beautiful parklands with some of the best views of the Essex countryside.

To complement the championship course, there are extensive practice facilities including a 300-yard driving range, 18 hole putting green, chipping area and practice bunkers.

PGA professional tuition is also on hand, together with a well-stocked Pro Shop satisfying every person’s needs. This is a great venue for Golf Societies in Essex.

This renowned undulating parkland course is undoubtedly one of the best kept and most popular in Essex.

Measuring 6254 yards, this 18 Hole, Par 70 course has been created utilising the very best attributes of the natural landscape.

Rolling hills, carefully placed bunkers and water hazards, including a spectacular island green par 3 12th hole, all add to the challenges that inspire golfers of all standards on each and every hole.

The condition of the course and the maturity of the trees give the impression that the course is many years older than it actually is.

Construction of the course started in 1989 and it was open for play in September 1991.

For pure escapism and sheer enjoyment, there is arguably no course to rival Toot Hill in Essex.

Visitors to Toot Hill cannot help but enjoy their day. They will marvel at the condition of the course, the breathtaking views and its peacefulness.

Blending into the well-established and gently rolling landscape, each hole in this golf course is completely unique, and offers a challenge to golfers of all abilities.

In addition, the fully covered and floodlit driving range is one of the best in the region, with private bays, new balls and targets.

The South Course (Members course) poses a challenge to the abilities of the most capable golfers.

Widely recognised as one of the prettiest in the southeast of England, it has earned its status as a ‘Championship’ course, playing host to the PGA’s East Anglian Open.

A number of recent, eye-catching improvements over the years, have made it even more of a ‘must-play’.

This magnificent Championship course, designed by the legendry James Braid was firmly embedded into this piece of the Essex countryside following its founding in 1899.

Situated less than 5 miles from the M25, this fine par 72 course has a demanding layout of over 6,600 yards.

Whilst well known in the area, in recent years Orsett has established itself as host to the regional qualifying round for The Open Championship, on no less than on eleven occasions.

The course is renowned for its year-round playing surface, its established woodland and striking heath-land features, free-draining soil, combined with the latest irrigation system contributes to a golf course of outstanding quality.

And unlike many of our neighbouring courses in Essex, the course is rarely (if ever) unplayable! 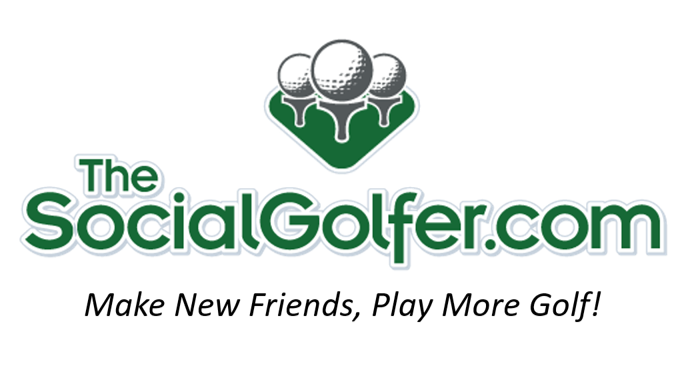