Did you know there were major changes to the Golf Rules in 2019?

After much debate over the last few years, the governing bodies sat down and made some drastic changes to the rules of golf.

But which ones were adopted by the R&A and which were made into ‘Local Rules’?

In addition, it is your job to know these rules and ignorance is not a defence!

– Ball at rest accidentally moves when you are looking for it.

– Marking your ball, you accidentally move it or the marker

– Replacing a moved or lifted ball (i.e. identifying your ball)

Ball is placed in the estimated spot not dropped

– Ball is double hit when a stroke is played 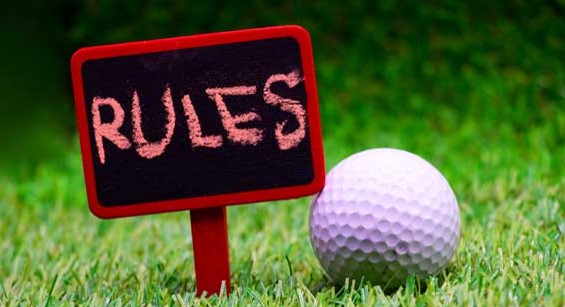 – Ball is dropped from knee height

– Ball comes to rest within the club length or relief from the drop, if it does not after two attempts it is placed.

– Club length must be measured by the longest club in your bag.

– Searching for your ball is limited to 3 minutes.

– Any ball embedded (in the general playing area) may be lifted (but not cleaned).

– If you are taking relief you may change your ball

– If a ball is blown by the wind or other, it can be replaced in its original spot.

– A player may repair any damage they see on the green, including spike marks.

– A player can now touch the line of the intended putt.

– A player can now putt with the flag in while on the green.

– Hazards Red and Yellow are now known as ‘Penalty Areas’.

– Players can now remove any debris they find in a ‘Penalty Area’.

– Relief from all ‘Penalty Area’s’ can be lateral if it is unreasonable to go back behind the ‘Penalty Area’. This may need a local ruling.

– Opposite side relief is now removed, so if your ball clears the ditch water hits the bank and fall back into the water. You take a drop within two club lengths from the marked Penalty Area

N.B. The R&A concluded you CANNOT drop for ‘3’ when you hit your ball Out of Bounds (from the Tee Box) unless a ‘local rule’ has been set at the Golf club at which you are playing. TSG has decided to accept this rule on social games BUT not at TSG Major events! 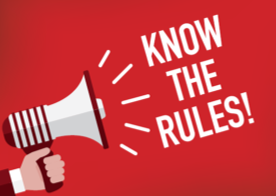 There is no longer a penalty if you touch or move loose impediments in a bunker.

– Relaxed restrictions on touching the sand with your hand or club when your ball is in a bunker:

You are now prohibited only from touching the sand (1) with your hand or club to test the condition of the bunker, (2) with your club in the area right behind or in front of the ball or (3) when making a practice swing or the backswing for your stroke.

For two penalty strokes, you may take relief outside the bunker by dropping a ball back on the line from the hole through where your ball was at rest in the bunker

– Use of damaged clubs:

You may keep using any club that is damaged during the round, no matter how it happens (for example, even if you damaged it in anger).

Current rule:  A player may replace a damaged club if it is “unfit for play” and was damaged in the “normal course of play.” 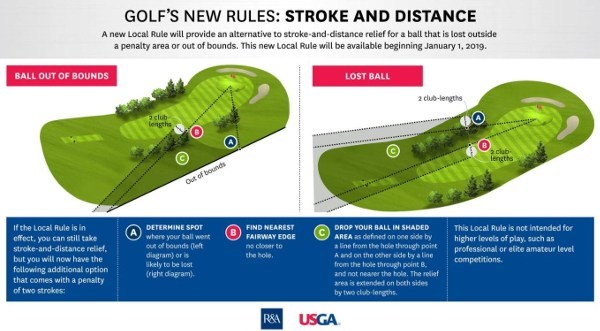 – Substituting another ball for a cut or cracked ball:

You may substitute another ball if your ball in play on a hole has become cut or cracked while playing that hole; but you are no longer allowed to change balls solely because the ball has become “out of shape.”

– New rule: The use of DMDs (Distance Measuring Devices) is allowed unless a Local Rule has been adopted prohibiting their use.

– A caddie is not allowed to deliberately stand on or close to the extended line of play behind a player while the player is taking his or her stance until the stroke is made. 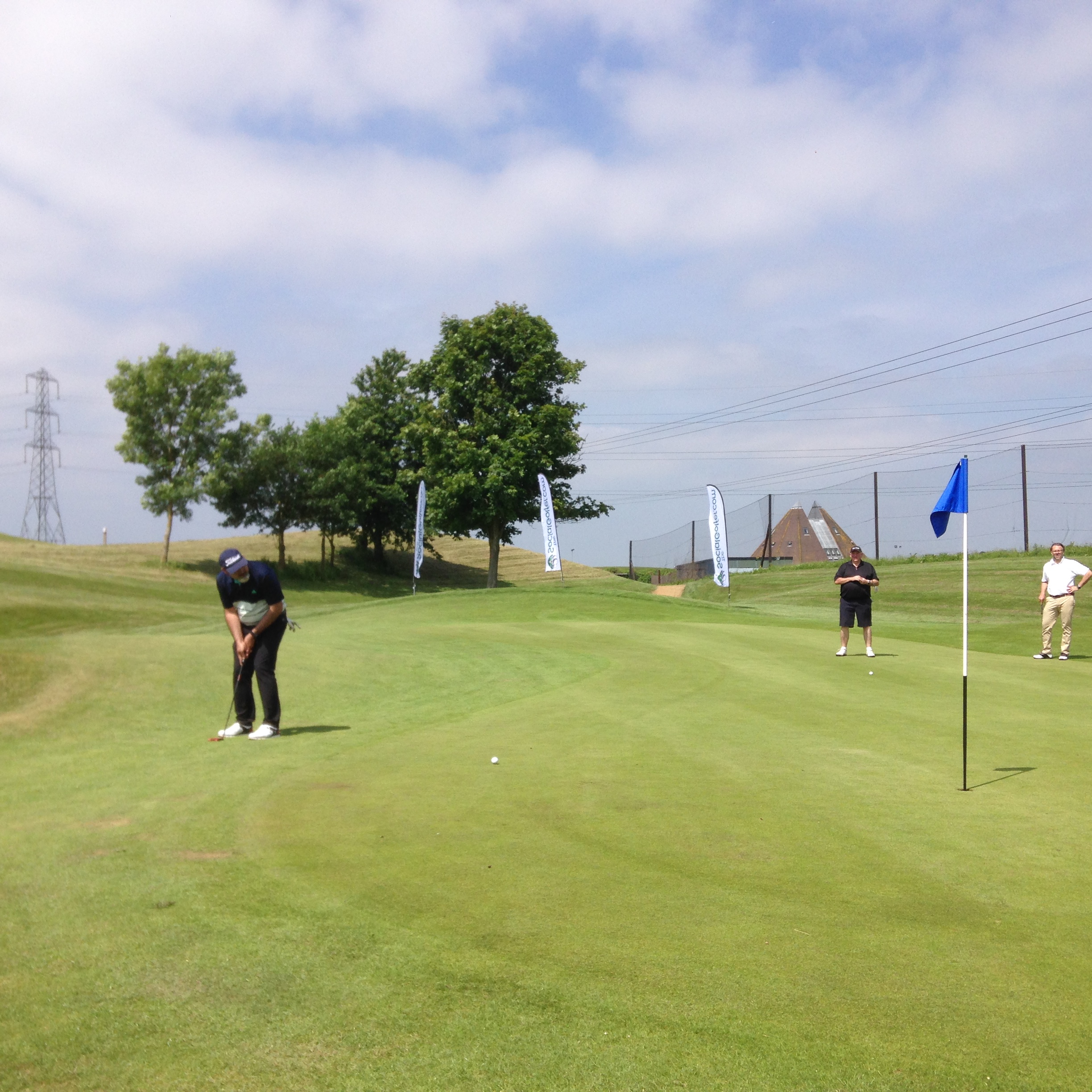 – Recommends that a player takes no longer than 40 seconds when set to make their shot.

– ‘Ready Golf’ is encouraged but only when it is safe and reasonable to do so.

– A new “Maximum Score” form of stroke play is recognized, where a player’s score for a hole is capped at a maximum score (such as two times par, a fixed number or net double bogey) that is set by the Committee.

– Explains and reinforces the high standards of conduct expected from players and gives Committees the discretion to disqualify players for serious misconduct.

– Committees are given authority to adopt their own code of player conduct and to set penalties for the breach of the standards in that code.

– When a player has good reason to mark and lift a ball to identify it, check for damage or see if it lies in a condition where relief is allowed (such as to see whether it is embedded), the player is no longer required first to announce to another player or his or her marker the intent to do so or to give that person an opportunity to observe the process.

– When determining a spot, point, line, area or other location under a Rule, a player’s reasonable judgment will not be second-guessed based on later evidence (such as video review) if the player did all that could be reasonably expected under the circumstances to make an accurate estimation or measurement.

For more information on the rules of golf visit – www.randa.org/en/rulesoverview