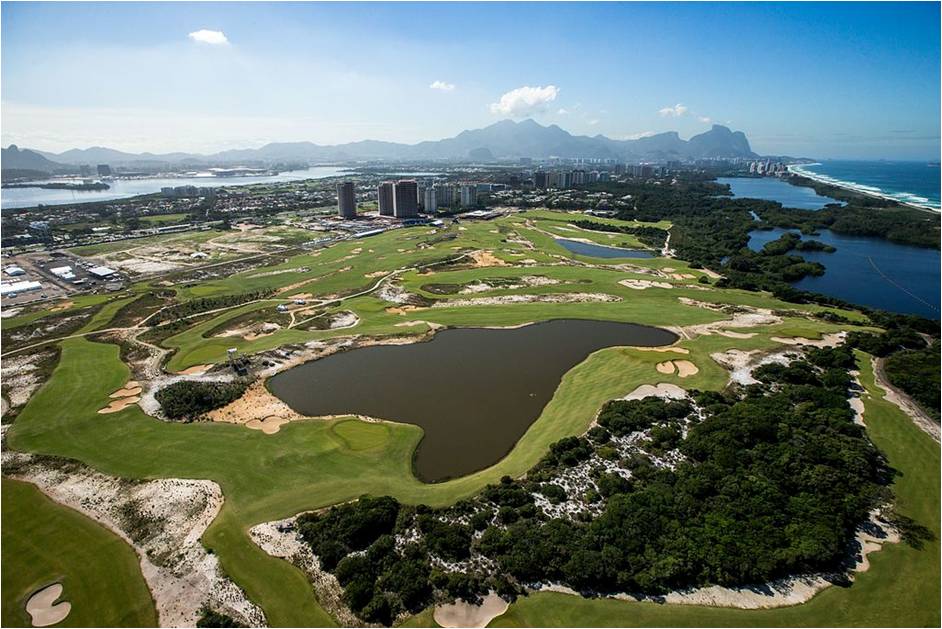 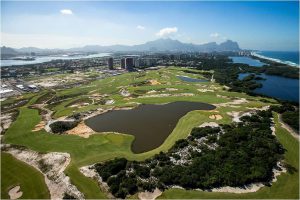 Is it really 1461 days ago since the great British public were all sitting on our sofa’s preparing for the greatest show on earth to descend upon London?

Good as it was, there was always one thing missing for the London 2012 Olympic games?

But what? Fast forward four years and we have the answer – golf returns to the 2016 Olympics!

Forget the Zika virus, forget those players not travelling to Rio, forget  the problems that have plagued the course forget the debates about whether the format should be individual or team based…

…GOLF is back on terrestrial TV and that can only be a good thing for the game!

It’s been over 100 years since golf last appeared in the Olympics and it was St. Louis, USA, that hosted the event that year.

This year the tournament will take place at the ‘The Rio’ course purpose built for the event in the Barra da Tijuca neighbourhood in western Rio.

The Men’s quest for gold will begin on Thu 11th and run through to the Sun 14th, much the same as all PGA/European tournaments. The Ladies quest will begin on Wed 17th and finish on Sat 20th – check TV listings for more details.

The new Olympic golf course was built by Hanse Golf Course Design, who was chosen from eight contenders to build the course.

The President of the Organizing Committee of the Olympic and Paralympic Games Rio 2016 Carlos Arthur Nuzman said: “As the 2016 Games marks the return of golf to the Olympic Games after over a century of absence, this course represents the beginning of a new chapter in the history of the sport.”

He went on to say…“It will enable Rio to host important events in the international calendar and it will be an example of sustainability and preservation of an environmentally protected area.

“This course will be an excellent facility for the practice and development of golf and will inspire millions of youth across Brazil and the globe. We look forward to welcoming the athletes and spectators to the course in 2016.”

After the games, the course will become a public facility and will be used to enhance golf’s profile within Brazil and, according to the organising committee, this would represent “one of the most important Olympic Games legacies for sport development in the country.”

Golf returns to the 2016 Olympics – Qualification…

Qualification to Rio is based on world ranking as of 11 July 2016, with a total of 60 players qualifying in each of the men’s and women’s events.

The top 15 players of each event (Men’s and Ladies) will qualify, with a maximum of four golfers allowed to enter.

Once all countries have selected their players any remaining spots will go the highest-ranked players from countries that do not already have two golfers qualified.

Furthermore, at least one golfer from the host nation and each geographical region (Africa, the Americas, Asia, Europe, and Oceania) will play.

Golf returns to the 2016 Olympics – The favourites…

Unfortunately, many of the world’s best golfers are sitting out the 2016 Summer Olympics in Rio due to the threat of the Zika virus, there will be a limited field for those who like a flutter  when the games get underway.

As always we have visited a number of betting sites to gauge the market, this time we have taken our lead from 888sport

Among the biggest names competing for the gold medal in men’s golf for the first time in the Olympics since 1904 is favourite Henrik Stenson of Sweden.

Stenson won the 2016 British Open at Royal Troon in Scotland last month, it was his first major victory of his career, and he now hopes to repeat the feat at the new Olympic Golf Course in Barra da Tijuca.

The other contenders for gold include Justin Rose of England, Bubba Watson, Patrick Reed, Rickie Fowler and Matt Kuchar of the United States, along with Martin Kaymer of Germany.

Of those golfers, Rose, Watson and Kaymer have won majors while Reed, Fowler and Kuchar have all yet to prove themselves on major events, although maybe the Olympics will change that.

To be considered as well, reigning Masters winner Danny Willett of England.

The Olympic format will be a 72-hole individual stroke play tournament in accordance with PGA rules. A three-hole playoff will then take place if there are any ties for the first three places in order to award gold, silver and bronze medals.

OK, we may be a tad bias, but  as golf returns to the 2016 Olympics, we think it’s going to be Justin Rose’s year – remember where you heard it first!