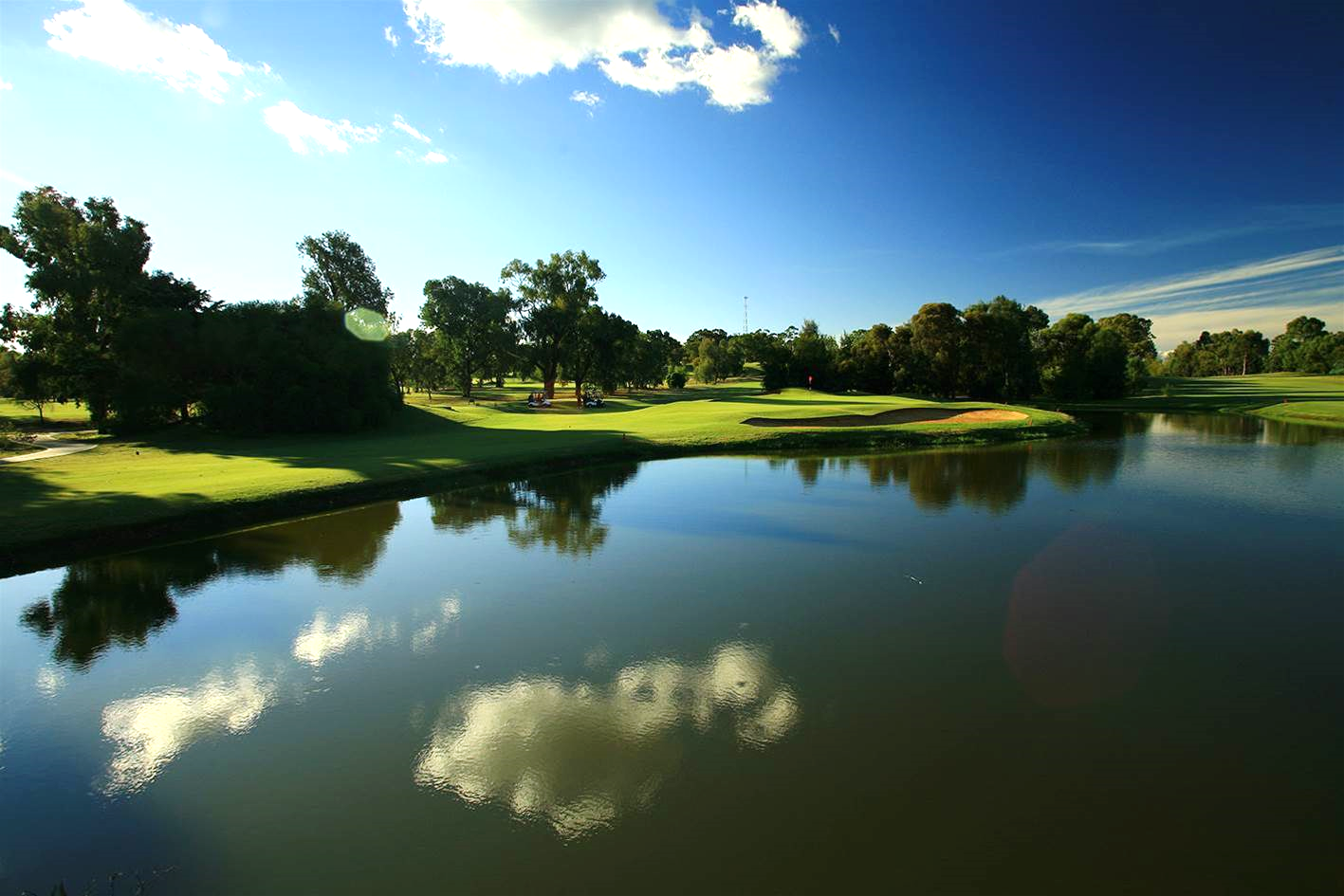 For the last couple of years or so of being a member of The Social Golfer and writing about all the beautiful & interesting golf clubs and golf courses around the world, I thought I would tell you a little more about Golf in Australia…

More specifically my own club here in New South Wales!

My wife Judy and I recently relocated from Melbourne to Yarrawonga in Victoria because the warmer climate suits us both, and since Judy has relatives and family living here, it made settling in that much easier.

I knew that for me the best way to make new friends would be to get involved with some sort of sport whether it be football, cricket, fishing or golf and I decided on playing golf…

Unlike a lot of Scotsman, I don’t drink whiskey and I never touched a golf club until I was 55 years old.

I played golf with a social golf club on the North East Coast of New South Wales for 10 years, however, it was only a very small golf course with a par 31.

But, on reaching our new home, I decided it was time for me to ‘take’ the game more seriously, so I joined the Yarrawonga-Mulwala Golf Resort, which is just over the border in neighbouring New South Wales.

Golf In Australia – The Region…

Since 1886 the Yarrawonga golfers had graduated from a 3-hole course in the centre of town, to a 9 hole course laid out around the local racecourse.

Latterly, it was relocated to the site of an old dairy farm in Mulwala.

Here it has been now for the last 90 years, and just like cream rising to the top, so has this beautiful golf resort.

The two nearby towns are separated by the Mighty Murray river which is approx 2500 Kilometres long.

It is the 3rd longest navigatable river on the planet with only the Amazon & Nile ahead of it.

The river starts in the Southern Alps of New South Wales and Victoria, it flows in a westerly direction before reaching its outlet near the town of Goolwa on the South Australian coast.

The Mighty Murray river (also the state border between N.S.W & Victoria) is approx 1880 Km long and there are approx 37 golf clubs lining the historic banks of this river. 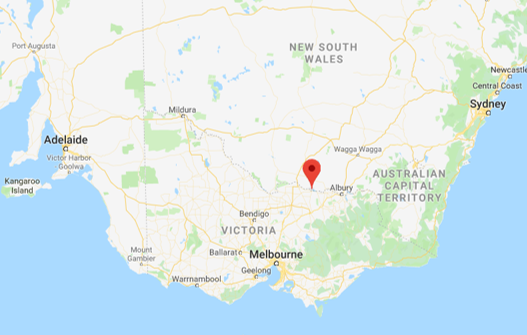 The Yarrawonga-Mulwala Golf Resort has grown to be the largest public access golf resort in Australia, boasting 45 holes.

It consists of 3 golf courses, the 9-hole Executive Course, the 18-hole Lakes course and the mighty 18-hole Murray Course.

They hold 9-hole & 18-hole competitions which are played on Tuesdays & Thursdays.

The Classic Golfers play on Fridays, The Morning Glory Golfers also play a 9-hole comp, and there is separate Competition for the ladies.

The Golf Resort also has a driving range, extra putting greens to practice on, bunkers to master getting out of.

In addition, the resort also caters to other sports with its own Tennis Courts, Croquet,  movie theatre, restaurants, bars and much much more.

I would like to mention a very special group of golfers Bill Brear, Jack Elliot, Des Miller & Jack Corboy, who all used to play golf regularly on a Friday Chicken Run Comp.

However, in their wisdom, they decided to abandon this and try and expand their group to include more golfing members.

Which they did, and the group of golfers grew very rapidly under their supervision to now include over 50 members and still growing

The group became officially known as “The Friday Classic Golfers”, however, I believe that there was another name that was bandied about for a short time being called “The Dun Rootin Golfers” which is not used much now.

I also heard a rumour that quite a few of the golfers were keen gardeners, who used to tease the roots of Rose Bushes before they were dun planting them, hence the name!

I am very fortunate to be a member of this illustrious group of senior golfers.

They play golf by the rules whilst at the same time laughing & joking with plenty of friendly banter between one another.

And most of all having a very enjoyable game of golf.

At 75 years of age, I am one of the younger members of the group and must say far behind them in their golfing skills.

The Classic Golfers are a very social group where we have B.B.Q’s every so often weather permitting. 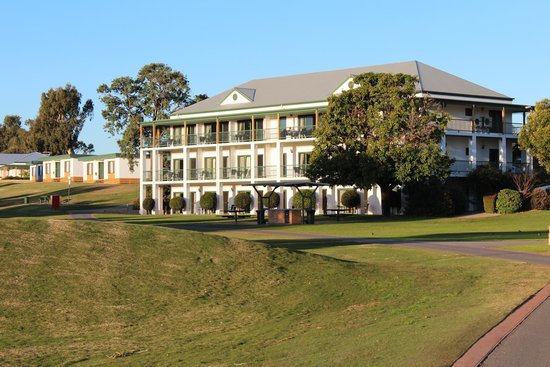 At Christmas, we have the Christmas presentation as well as The Annual Awards night.

One of the awards which I think is very interesting was formally known as “The Order of the Skirt” and is now known as “The Belle of the Fairway”.

Winning this prestigious award entails the ”lucky or unlucky” golfer who, when teeing off must hit his golf ball PAST the ladies tee.

If he fails to do this he could & would be a contender for the title of ‘Belle of the Ball’ Award.

“Unfortunately  I am in the running for this award” (I might go away for my Christmas vacation.)

Every one of The Classic Golfers including the staff of the Yarrawonga- Mulwala Golf Resort has made me more than welcome to their golf club.

This is due to two gentlemen Captain Travis of the Paradise Queen pleasure boat, who was kind enough to tell me about the Classic Golfers playing golf on Fridays.

On being introduced, Jock Healy nominated me to become a member of the Classic Golfers which was happily granted.

At this point, I will explain more about the course using the clubs own words…

The finest in Murray river golf courses and packages – Favouring the straight hitter, the popular Murray Course sits adjacent to the Murray River and meanders through towering river gums and sandy river flats where numerous lakes and lagoons are ready to swallow an errant shot. One of the most popular golf courses in all our packages. 18 Holes / Par 72 / ACR 72 -6095m – Par 72 / AWCR 73 / 5197m 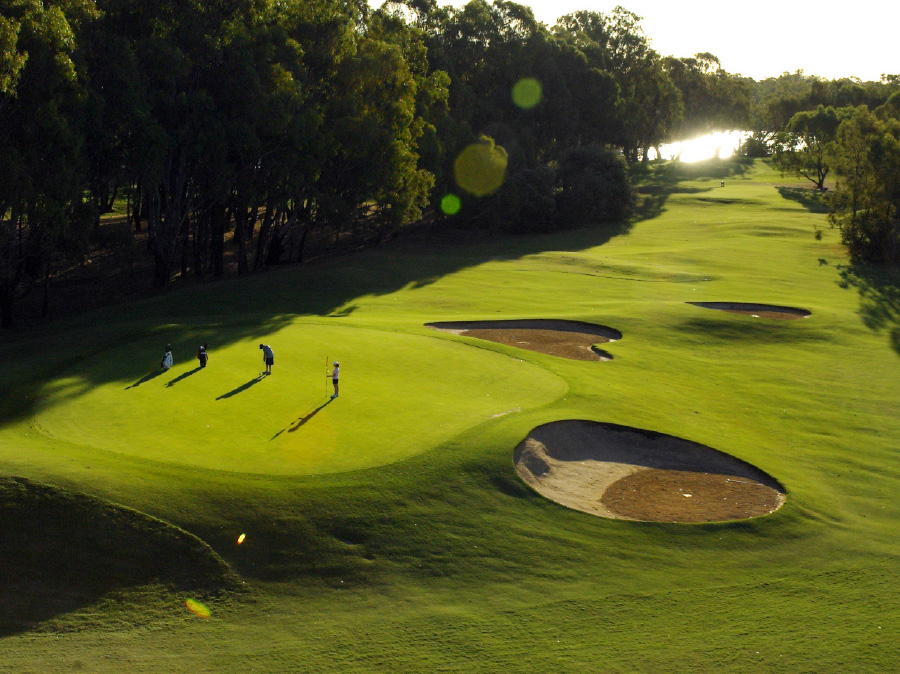 The shorter and picturesque Executive Course is kinder to the beginner whilst providing a worthy and enjoyable challenge for golfers of all levels in a natural parkland setting. 9 Holes / Par 33 / ACR 32 – 2248m – Par 33 / 1940m

“Yarrawonga-Mulwala Golf Club caters to golfers of all abilities, from beginners and social golfers to professionals”

“Our courses have something for everyone and in order to really experience all that we have to offer, we have several packages available that allow you to have the golf resort holiday of your dreams.”

“Located alongside the Murray River, Yarrawonga Mulwala Golf Club Resort is the largest of the public access golf resorts in Australia”

“Less than 3 hours drive from Melbourne, it is also an elegant alternative to Victorian golf resorts providing a luxury vacation close to home!”

I hope to play many happy rounds of golf with my new found friends at The Yarrawonga -Mulwala Golf Resort.

“Til next time “Scottish Bob” Davies