Home Clubs/Courses Essex Golfer makes it back to back major victories at TSG Masters... 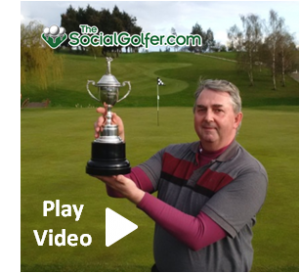 30+ Golfers from all over the South East of England gathered at the Essex-based club, all hoping to be TSG Masters 2016 Champion golfer.

The members of the online social network had all qualified via a number of different means, some via the website’s monthly leaderboard.

Some via other TSG Major events with the remaining spaces snapped up via the ballot and/or by special invitation with no one wishing to miss out on the first TSG ‘Major’ of the year.

This made for an exciting competition and while some TSGers were familiar with the course layout, most were totally new to it.

The field ranging from 6 handicappers to 30 (men and women) played the Childerditch and the Warley ’1 to 9′ loop, two very different layouts offering their own challenges.

The latter including the superb 17th Par 3 signature hole across the water.

The event was won by Essex based golfer (Harlow) Steve Slater, who also won the TSG OPEN at Bletchingley GC (Surrey) in July 2015.

Slater is the first TSG golfer to hold two Major titles at the same time on the popular website.

There was also some fun to be had with 2 x Nearest Pins and a ‘Straightest Drive’ keeping the day alive for those that were not troubling the leaderboard and a Par 3 Competition to add to the drama on the day. 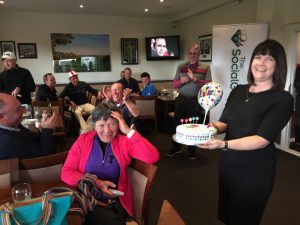 We’ll leave the final words to our new TSG Masters Champion: “What a way to start my golfing year and I can’t quite believe I now hold two TSG Major Trophies. I’d like to thank all the TSG team and the Warley Park staff for putting on a great day. Winning is always a pleasure but to beat some of the great golfers from The Social Golfer twice in the same calendar year is a dream. I look forward to coming back and defending the Trophy next year!”

Kevin Smith, Director of Golf at the venue said:“We were delighted to host the TSG Masters 2016 event for the third consecutive year. It’s like we’re becoming the Augusta of TSG! The TSG members are always very respectful to us and our members and they are always fun to have around. We welcome events like this at the course and look forward to having them back again in 2016!”