Although living the UK’s capital can have many benefits, it’s always a good feeling to get out on the fairways and refresh the mind with a good game of golf. However, as space in this global city is always at a premium, finding a great golf course requires some know how…

Here’s a quick rundown of some of the best golf courses in London for you to check out.

Tucked just inside the M25 north of Watford is the luxurious golf course, The Grove.

This 7,152-yard championship golf course offers all of the premium golfing opportunities that you could wish for, but what makes it all the more inviting is the fact that it doesn’t have a restrictive membership system, so anyone can play whenever they choose.

What differentiates The Grove from other courses, is that there is no membership and it is only open to ‘Pay and Play’ and corporate golfer.

And The Grove has recently been named as the host of the 2016 British Masters.

Now whilst its way too early to start thinking about the potential winners of this event, there are plenty of places to find the latest golfing odds. Betway is just one of the sites where you can get all of the latest news, tips, and sporting information including the current Turkish Airline Open. 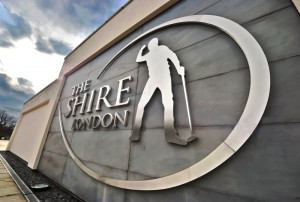 Located just outside of Barnet, the Shire golf course offers another great treat to all golf enthusiasts who are looking for something a little extra.

At the turn of the Millennium, the Menai-Davis family invited Severiano Ballesteros to visit England to look at a large piece of land north of London, on which they planned to create a spectacular golf course.

In 2001, just 72 hours after Seve’s first visit, a deal was agreed. Shortly afterwards, the Spanish maestro and his Trajectory team set about creating what would become The Shire London.

Several key principles of golf course design, honed by the Spaniard at over 20 previous locations around the world, were applied: Seve’s insistence that there should be an even mix of par threes, fours and fives, and that no two consecutive holes should play to the same par, being but two examples.

The course has a fantastic layout with many water features that can cause the occasional upset for the amateur, and the separation between the fairways means that it never feels too crowded.

As the course was the only course developed by golfing legend Seve Ballesteros in the UK, it provides the perfect opportunity to try and play like a pro.

The clubhouse itself is also very fresh and modern and the food is very reasonably priced and to a great standard.

If you’re looking to play on one of London’s most iconic courses, then take a trip to the Walton Heath which is located just within the southern edge of the M25.

Walton Heath is one of the world’s most famous and prestigious clubs.

The members are delighted to share the outstanding facilities with visitors from all over the world.

The course was opened in May 1904, with an exhibition match between the legendary Triumvirate of Harry Vardon, J.H.Taylor and James Braid.

The course was laid out by W. Herbert Fowler, a leading amateur golfer. It was his first golf course venture and he went on to become one of the leading golf course architects of his era, both in the U.K. and America.

It is a tribute to his genius that he created one of the finest examples of heathland golf, which so closely resembles the traditional seaside links courses, out of a jungle of heather, gorse and bracken.

Likewise, it is a testament of his creativity that, what became known as, the Old course is still, today, ranked as one of the top 100 courses in the world.

Although the entry fee might be a little extravagant, the sheer peace and tranquillity offered on the golfing greens more than makes up for the cost.

Known for its wild heather and tricky greens, this venue has hosted some great competitions including The Walker Cup.

And with the historic clubhouse offering unparalleled levels of luxurious hospitality, Walton Heath provides the perfect way to play and relax like a professional and truly is one of the best course in London.