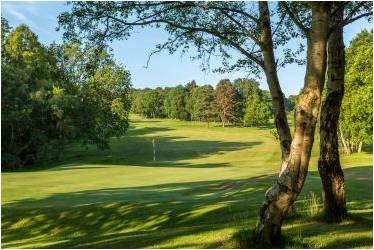 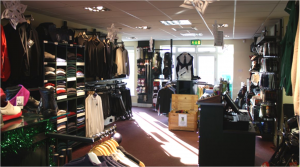 It’s always a pleasure to review new golf courses, so I felt very excited about visiting  Ashdown West Golf Club at Forest Row, East Grinstead to give it the once over.

Situated only 20 minutes from the M25, the club is very accessible from all directions and is well worth visiting!

Newer than its sister course, on paper you could be forgiven for assuming Ashdown West Golf Club is the “poor relation” to the “Old Course” but then you would be very much mistaken.

We arrived at lunchtime and met at the West Course clubhouse, a 2004 extension to the main clubhouse, but by no means overshadowed.

A short walk upstairs led to a bar area that was pleasant and very welcoming with two outside terraces that overlooked the 1st tee & 18th green and the range.

We ordered sandwiches from the lady at the bar (who was very nice indeed); the sandwiches were plentiful, attractive to the eye, and, most importantly, very tasty.

If the rest of the menu reached these standards, which I’m sure they do, then, no one will be disappointed with their choices.

A quick visit to the well-stocked pro shop to collect our cards from the young Pro (they’re all younger than me these days!) a quick practice on the driving range and at the chipping area, and we were on our way. 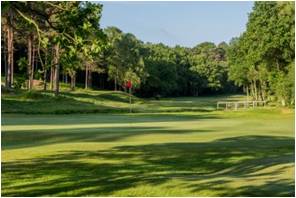 Founded in 1888, the Old Clubhouse was built five years later and parts of it still remain remarkably unchanged today.

The bestowal of the title “Royal” came in 1893 after a visit from the then Duke of Cambridge.

Very few golf clubs boast two 18-hole courses, both over 100 years old, especially those that differ as much as the Ashdown West and the Old Course.

Ashdown West snakes its way through the heart of the Ashdown Forest that spreads for over 20 square miles in this most beautiful part of Sussex. The ‘West’ was once the longest ladies’ golf club in England.

It was originally founded as the Ashdown Forest & Tunbridge Wells Ladies Golf Club in 1889, barely six months after the formation of the main club and was only the second of its type to be formed in Great Britain, after Sunningdale Ladies.

In 1932 the course was lengthened to 18 holes, the same year that the ladies’ club was awarded Royal status in its own right.

Since then it has gone through a number of alterations and now welcomes players of both sexes yet still remains of sufficient quality to be awarded Golf World Magazine’s prestigious accolade as the UK’s best course under 6,000 yards.

The 1st was a straight, tight, par 4, but a great opening hole to look at.

The fairway and green were in great condition (all of them are at West Ashdown Golf Club), even though the previous day had seen torrential downpours; you wouldn’t even have known there had been any rain here.

The first six holes include only Par 5 on the course, which crosses a road mainly used by walkers and some cars.

However, as there were not many golfers out this afternoon, I guess that the dog walkers know this and take advantage of the fact.

Whilst unusual and slightly distracting, it is public land so don’t let it put you off your game.

If you can accept you will see others as you make your way, then you’re in for a real treat for the rest of the round.

The next six holes were tough, even though you are hitting only short irons.

There are no run-up areas to the raised greens from the fairways, meaning no pitch and runs allowed here but instead having to land directly onto the greens.

This was because of having very bumpy, rough, naturally raised areas just in front of the greens which compensated for not having a single bunker on the course.

Yes, I’ll say it again – NOT A SINGLE BUNKER ON THE COURSE!

Strange, you may think, but it made the play no less challenging at all.

Included in this six was the 240-yard par 3 eleventh hole. I defy any mid to high handicapper to get down in three shots, What A Hole!!

The last six holes are a real joy, with beautiful views, sweeping tree-lined fairways, and wonderfully true but tricky greens, there was even some water to avoid.

Now, I can’t draw the ball, but I can certainly fade it (some say Slice), with great regularity!

I took on the trees to the left, with my driver and managed to clear them with that familiar shape in the shot.

The only problem was, I couldn’t see the end result; a ramble down the fairway allayed all my fears as, there it was, in the middle of the fairway, oh happy days!

There’s a beautiful downhill par 3 at the 16th which is only 122 yards, but still very tricky.

You finish on the par 4, 435-yard 18th which has two streams running across the second half of the fairway, even if you have a great drive, take these on at your peril. 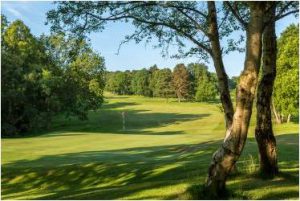 However, why should this game always be easy?

And if you play at the right time, you could be going around for just £20 on a lovely Summer’s afternoon with hardly anyone out there to spoil your game.

I will be back many more times in the very near future!