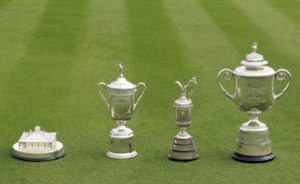 Every year we look forward to the start of the new golfing season, which is traditionally marked by the first of the Majors, with tee shot being hit at The US Masters…..and 2017 will be no exception!

This event is quickly followed by the remaining ‘Grand Slam’ events including:

However, most of the discussion around these events in dominated each January by the talk of the pundits and on who will build on the success of the previous season and who is expected to break though into the top 50 and even the Top 10 and even win one of the above.

Predicting who the glory and trophies will go to isn’t as easy as you think!

In a series of article regarding The Majors in golf, we start with the first official event…. 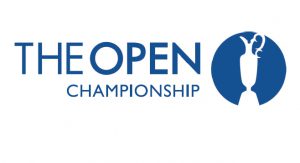 The Majors – The Open Championship…

Golf’s Majors began with the introduction of The OPEN (only played in the UK) in 1860.

The Open was first played on 17 October 1860 at Prestwick Golf Club in Scotland.

The Open Championship is the only major hosted in the UK (Great Britain & Northern Ireland) and not at a course in the United States.

The oldest and arguably the most prestigious of all the Majors, players compete for the now famous Claret Jug – first presented in 1873 – is one of the most iconic trophies in all of sport, but originally they players competed for the Challenge Belt.

The inaugural tournament was restricted to professionals and attracted a field of eight golfers who played three rounds of Prestwick’s twelve-hole course in a single day.

The event was won with a score of 174 by Willie Park Sr. who beat one of golf’s original luminaries in the game.

The following year the tournament was opened to amateurs; eight of them joined ten professionals in the field.

However, when Old Tom Morris won this for the third time in 1864, he was allowed to keep The Challenge Belt and thus the Claret Jug was commissioned!

In 1871, it agreed to organise it jointly with The Royal and Ancient Golf Club of St Andrews and The Honourable Company of Edinburgh Golfers.

In 1892 the event was doubled in length from 36 to 72 holes, four rounds of what was by then the standard complement of 18 holes.

The 1894 Open was the first held outside Scotland, at the Royal St George’s Golf Club in England.

Other key dates include: 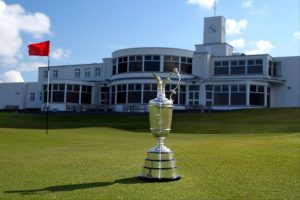 Since the inaugural championship, the tournament has gone from strength to strength and journeyed to numerous locations in the UK but surprisingly has still only been hosted by ONLY 14 venues.

However, whilst the R&A look to add new venues to the list, in 2019, the event returns to Northern Ireland at Royal Portrush Golf Club. Not part of the roster since 1951.

In 2017, The OPEN Championship will be held on the Royal Birkdale course that is located in the town of Southport, just north of Liverpool.

This is the 146th Open Championship and the 10th time it will be hosted at the Royal Birkdale.

It has hosted the men’s championship nine times, first in 1954 and most recently in July 2008.

It is scheduled to host the 2017 Open Championship.

It hosted the women’s tournament for the sixth time in 2014, and was the site of the Senior Open Championship in 2013. Royal Birkdale has also hosted the

The Majors – Making your own predictions…

With golf’s Majors generating a huge audience from around the globe (even when Tiger isn’t playing!) it creates a lot of column inches and conjecture.

So, choosing your winner is going to be difficult…I picked Danny Willet last year but didn’t place a bet!!

If you are thinking of getting in on the action this year here is some of what you need to know The Open and how best to place a bet.

Interestingly, as of November 2016, the Commission announced that online betting had overtaken localised betting in shops and casinos.

There are plenty of high street options but with smart phones now allowing us to predict winners from our armchair, it can only add to the viewing experience knowing you may get lucky.

However, before taking advantage of some of the advertised TV offers, check out the many great offers available online available e.g. Ladbrokes £50 free bet offer.

Something to consider given the additional value you can get from some of offers online gambling sites give, even providing you with the chance to bet heavier on your favourites.

Of course, like the Grand National, this may be your only bet of the year…. but who should you register with?

The Majors – How Best to Place a Bet…

Firstly, there’s never been an easier time than to place a bet but ensure you are only using a recognised bookmaker who is also regulated by the UK Gambling Commission.

Secondly, study the form…. many a bet has been wasted by not checking the recent form of the field.

A schoolboy error some would say, so also ways look for advice and help before committing to your bet.

There are plenty of pundits available via national press and on social media but we would also recommend you do your own research.

The Majors – Our favourites… 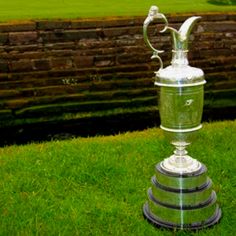 One of the most difficult things for new betters to wrap their heads around is the fact that there will be few if any, new faces on the course because, most qualified for being previous 10 years of winners of the Open Championship and 30 from the European and PGA tours.

Then there are another 50 who are considered to be global greats who are not included in that number above so that only leaves a little over 60 golfers, many of whom are just making it to the limelight.

Some of the names we are tipping for honours for the first time or those looking to add a second or third major to their portfolio (15th in Tiger’s case!):

– Rory McIlroy (Tipped to be a multiple Major winner, he’s now in his prime!)

– Tiger (Yes, we still rate him and he’s got some people to prove wrong!)

The Majors – And finally…

It’s probably now easier to bet online than ever before, so if you want to step into the world of gambling on your favourite sporting events, begin watching possible entrants as early as possible.

By the time July rolls around, you’ll be ready to place your bet and then just sit back and watch the fun.

Lastly, we always recommend betting responsibly (like the ad says, When The Fun Stops, STOP!) but equally, when played properly, there’s a real incentive to bet online, for sure!