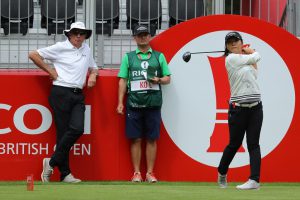 The Algarve has shown its ongoing commitment to women’s golf after renewing its Official European Golf Destination partnership with the 2016 Ricoh Women’s British Open at Woburn….

Europe’s leading golf destination has extended its sponsorship of the event and will again be an official partner for the four-day spectacular on the Marquess course as the world’s leading female golfers do battle from July 28-31.

The tournament historically attracts a huge on-site audience with spectators encouraged to visit the Algarve via a dedicated stand in the tented village, where they can pick up a range of information and golfing giveaways.

Substantial Algarve on-course branding at the Ricoh Women’s British Open at Woburn will also engage with armchair viewers, with live coverage on BBC1 for all four days.

South Korea’s Inbee Park claimed the prize last year at Trump Turnberry as she turned in a fine display to finish at 12 under par. But her rivals will be determined to stake their own claims this time around.

New Zealand’s world number one Lydia Ko, Canada’s Brooke Henderson and USA’s Lexi Thompson will be among those attempting to end the recent South Korean dominance in women’s golf.

Sweden’s Anna Nordqvist is the leading European player in the field and will attempt to emulate countryman Henrik Stenson’s victory at Royal Troon, while Charley Hull will carry the British hopes.

The Ricoh partnership continues the Algarve’s drive to promote women’s golf from grassroots to the highest level and forms a major part of its Golf4All project, which encourages greater development of the game for all segments.

In addition to golf, the Algarve offers a wonderful selection of spas, shopping and lifestyle facilities and its growing popularity with women is further emphasised by more than 40% of its social media following being female. 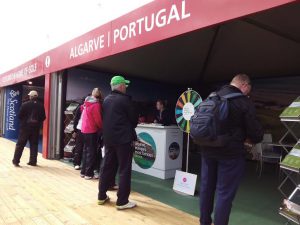 A spokesperson for ATA said: “It’s another highlight of a landmark year for the Algarve so it’s a great pleasure to be the ‘Official European Golf Destination’ of the Ricoh Women’s British Open once again.

“We look forward to supporting the best players in the world at Woburn and promoting what the Algarve has to offer to British golf fans.”

IMG Tournament Director Ross Hallett added: “We are delighted that the Algarve is extending its relationship with the Ricoh Women’s British Open and that they will be with us again in Woburn to celebrate the 40th edition of the Championship.

“Given the high pre-event ticket sales, we are anticipating a record crowd in attendance this year which will be fantastic for all of our Tournament partners.”

An elite field from the men’s European Tour will also be welcomed in October for the 10th edition of the Portugal Masters. For more information on golf in the Algarve visit…