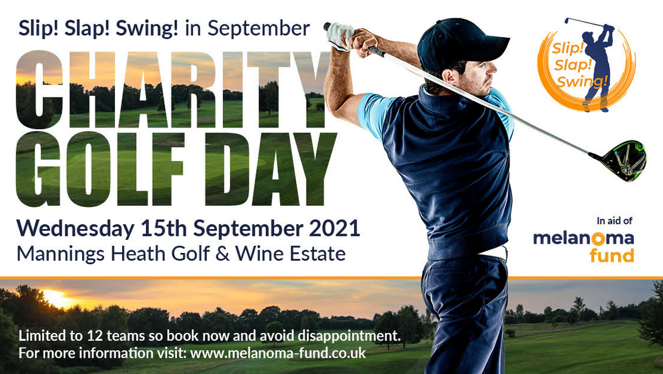 The Social Golfer has teamed up with the Melanoma Fund to raise awareness of its Slip! Slap! Swing! campaign.

Why? Well, melanoma is the most dangerous form of skin cancer that develops from the pigment-producing cells known as melanocytes. It is typically caused by overexposure to the sun and is scientifically linked with sunburn in childhood.

And did you know that there are over 2,000 deaths each year in the UK due to melanoma? This is mainly due to a late diagnosis which makes this disease very difficult to treat.

Golfers are at a heightened risk due to the time we spend outdoors playing our beloved sport.

As such, The Social Golfer is delighted to be supporting the charity’s first-ever charity golf day, Slip! Slap! Swing! in September. This promises to be a day of superb entertainment and golf, whilst helping raise awareness of a very relevant cause. 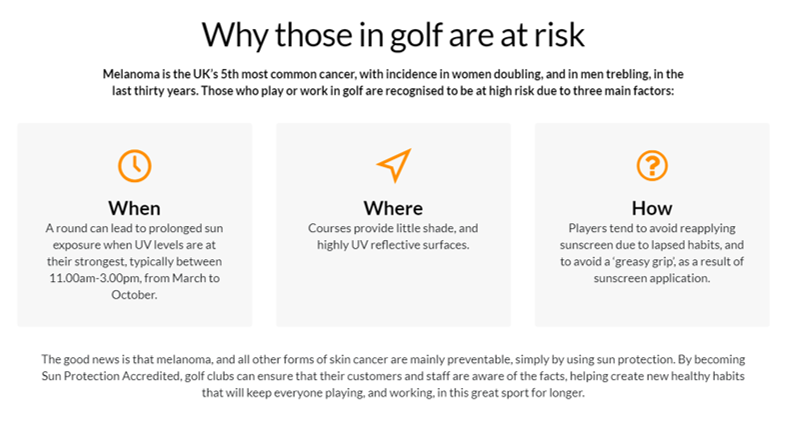 The event will be staged on the club’s 500-acre championship Waterfall course, commencing at 9.30am.

The day will help raise awareness and vital donations for the charity, as well as offer a fabulous day of golf!

Manning Heath Golf Club is one of Sussex’s hidden gems and has two courses. It uniquely includes its very own vineyards on the grounds as well.

Set in an area of outstanding natural beauty, both courses offer breathtaking, panoramic views over the lush English countryside and across the South Downs. 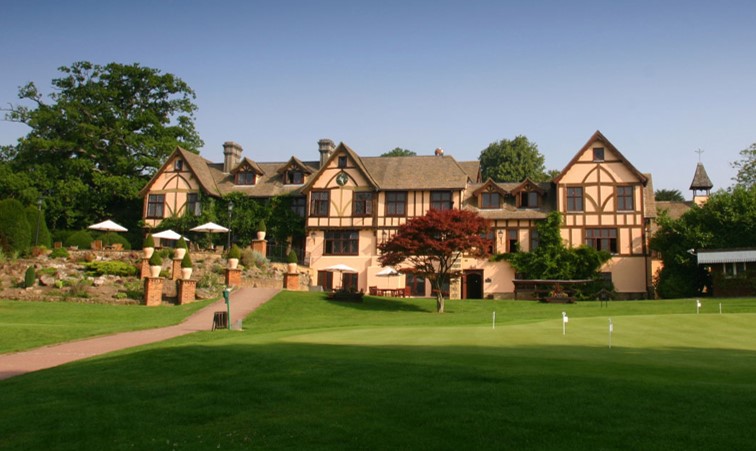 However, we’ll let TSGer Tony Moss give his views on the course…

This is a quality course which you'll recognise as soon as you roll-up. The Clubhouse is fantastic, traditional and charming and the pro shop is the only one I have seen with their own wine on the racks.

The practice facilities are fantastic. It may be a bit of a trek from the clubhouse but it's worth it. It's a grass range, which I love.

I played Waterfall which is a great course - challenging but fair. There are only 3 par 3's on this loop but they are spectacular holes and a joy to play.

All the greens were fast and true. The final hole is a view to behold and a very tough finish. I loved it so much that I joined after my round.

Play it if you get the chance!" 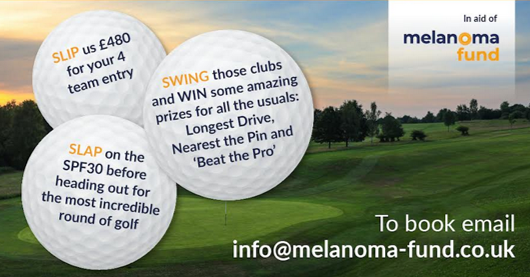 Before and After the Golf

Special VIP Goodie Bag for ALL TSGers who attend the day

As an official supporter of the day (TSG’s Editor, Ian Mullins will be reporting on the event) we have a special goodie bag offer for ALL TSGers who attend the event.

So what are you waiting for? Get on board and help raise awareness and vital funds for this worthy charity!

How do I register for this inaugural Melanoma fund charity golf day event?