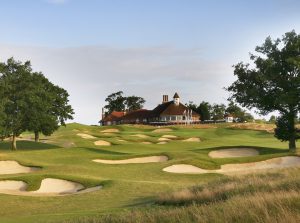 With the return of the London Golf Show only a few weeks away now, the popular consumer show has teamed up with golf clubs in London’s Home Counties to give away more than £2million-worth of golf rounds to visitors of the show this August…

Every visitor to the show – which takes place at Glow, Bluewater, in Kent, from August 26-28th – can claim nine free rounds of golf worth more than £300, simply by visiting the stands of each of nine clubs.

Each of the clubs – The Addington, Croydon; Bletchingly, Surrey; Chart Hills, Kent; Cherry Lodge, Biggin Hill; Farleigh GC, Selsdon, Surrey; Surrey National, near Coulsdon; Weald of Kent, in Headcorn; Westerham, Kent; and Woldingham, near Whyteleafe – will give a FREE green fee to every visitor to their stand.

Launched in 2005, the London Golf Show is the UK’s longest-running consumer golf show and was designed to appeal to golfers – and potential golfers – of all ages and abilities.

They’ll be custom fitting; club testing; trick-shot displays; simulators; the latest golf gadgets; extensive retail; and the opportunity to win everything from a packet of tees to an exotic golf holiday, it is the ultimate day out for any golf enthusiast.

“When we sat down at our initial planning meeting for the show, our first topic of conversation was how we could work together with our exhibitors to get more people playing golf – because that’s a major talking point in the golf industry currently. And we have been delighted by the response from exhibitors to our initiative to give away free round”.

“Members are most likely to play at their own club, but occasional golfers – or people who may not have played for a while – are much more likely to play if it’s not going to cost them. And now they can with each show visitor able to walk away with more than £300-worth of free golf.”

“The London Golf Show is the longest-running consumer golf show in the UK – and this constitutes our best ticket offer ever. No question. It’s extraordinary value thanks to the generosity of our exhibitors.”

Tickets to the London Golf Show 2016 are FREE for accompanied under-16s, and also for lady golfers, until August 25.

Entry will cost £15 on the door

The London Golf Show takes place at Glow, Bluewater, in Kent, from August 26-28, 2016. Tickets can be purchased from www.londongolfshow.com/buy-tickets/