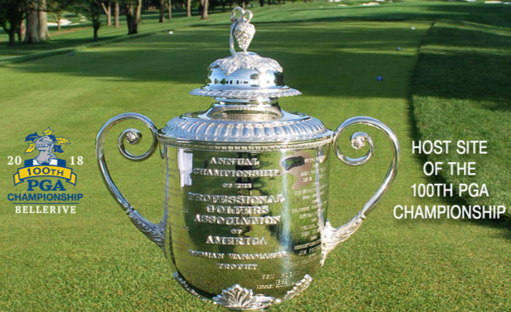 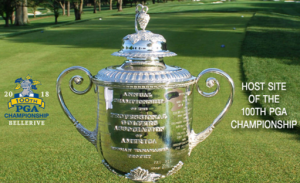 The PGA Championship is almost upon us again and this year’s event is more special as it gives all the tour Pro’s that last minute opportunity on which to stake a claim for the final Ryder Cup place!

This is PGA Championship, also has the added attraction of Tiger Woods returning to form and it’s the last time the vent will be played in August. Yep, that right, as of 2019 the event moves to its new home in the golfing calendar – May.

Finally, this year’s PGA Championship, taking place next week on August 9–12 at Bellerive Country Club in Missouri but it will also mark a landmark year as the event reaches its century.

This will be the second PGA Championship and third major at Bellerive.

It will also be the last held in the month of August; just before the 2017 tournament, the PGA announced that the Championship will move to May in 2019.

The PGA Championship – The Club…

“Bellerive Country Club began in 1897 in north St. Louis as a nine-hole course with 166 members. In 1910, the membership incorporated as Bellerive Country Club, naming the club after Louis St. Ange De Bellerive, the last French commander in North America. That same year, Scotsman Robert Foulis designed the “new Bellerive” in Normandy where the club remained for 50 years. Led by Hord Hardin and Clark Gamble, the membership decided to move west in 1955, and allowed renowned architect Robert Trent Jones, Sr. to pick a prime farm location for the new site.  In 1965, Bellerive became the “youngest” course to ever host the US Open. The ’65 Open was the first of many national and world championships to be held at Bellerive. 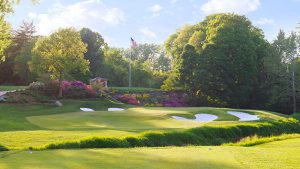 In February 1916 the Professional Golfers Association of America (PGA) was established in New York City. The first PGA Championship was held in October that year at Siwanoy Country Club in Bronxville in New York. Jim Barnes finished ahead of the field and received $500 and a diamond-studded gold medal donated by department store owner Rodman Wanamaker hence the name of the huge Trophy still being played for today!

The benefit of winning The PGA Championship means you are automatically invited to play in the other three majors (Masters Tournament, U.S. Open, and The Open Championship) for the next five years. However, as mentioned above, the top ten golfers in the field at Bellerive GC will all be looking to add to their Ryder Cup points tally.

As of 1st August 2018, the current European and US players are: 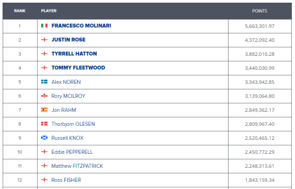 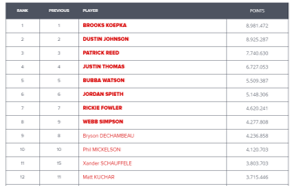 However, let’s not get ahead of ourselves, who are the favourites and what are the bookmakers predicting who will win in Missouri. With 156 golfers in the mix, it’s it’s anybody’s guess.

We’re no experts but here are a few players TheSocialGolfer.com Team think to watch out for in this years’ PGA Championship…

Jordan Spieth – Always in the mix on the last day

Tommy Fleetwood – Yet to win a major but this could be the one!

However, may be better to peek at the ACTUAL betting odds before picking the player you wish to follow, they have a plenty more knowledge than us on who is and isn’t on form. For more up to date information on The PGA Championship betting odds, check a reputable and trusted bookmaker.

Last year saw the BBC host the event for the first time but the 2019 event goes to ‘new kid on the block’ Eleven Sports TV via an app and/or it Facebook page. Eleven Sports won the exclusive rights to the 2018 PGA Championship in the UK.   Coverage will also be available via their website.